← more from
Manufactured Desire Records
Get fresh music recommendations delivered to your inbox every Friday.
We've updated our Terms of Use. You can review the changes here. 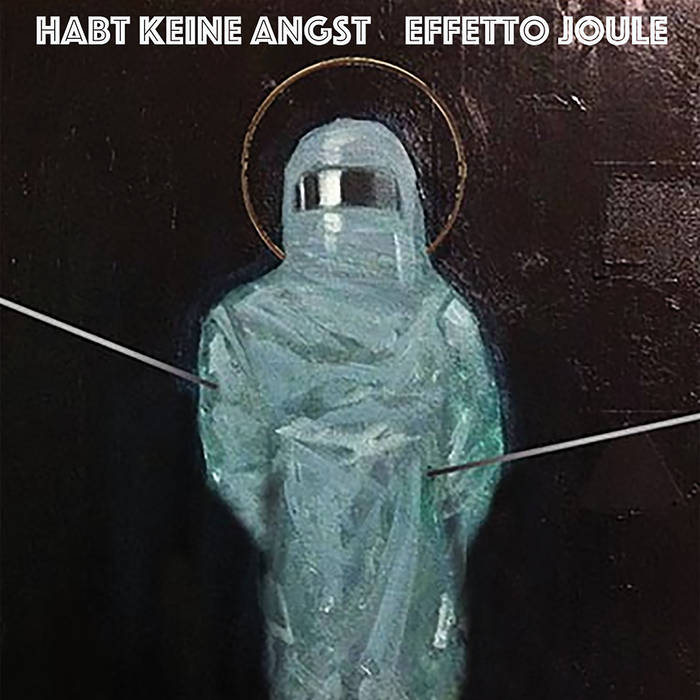 ELEKTRODO: A simple introduction to the unreleased demo tape of summer 1987. A slim and electrified atmosphere created with the Korg Poly 800-II small internal sequencer, operated by Valerio B. with overlaid voice pads of the Roland Juno 2, played by Max C. Recorded direct to tape, in a small summer apartment on the hills around Bologna, where the band were on vacation together.

TELEPHONE: Song played in July 1986, revised a few years later with the addition of sonar and sirens from aerial bombings during World War II. A hymn to the telephone that in a few years would become the new and irreplaceable opium of the people. To a bass line from the expander Orla DS-9, we added a drum pattern and an old phone type of disk sliding sound receiver, both samples by the Roland S-330.

GENERATOR: From 1987's with a Roland Boss DR-220 in MIDI-trigger with Korg Poly-800 II's bass line. Flanger in the voice was later added. The bass sequence is played by Flavio B., the no-sense text is sung by Valerio B.

OZONIC: Song born with the name "Atomic" in January 1989, just some days before a promising concert at city Palasport in the province of Ferrara where EJ were greeted by over 150 fans. It was after this concert that the band decided to try record production that resulted in Robespierre in April 1989. Ozonic was subsequently recorded in March 1989 at the Pick-Up Studio of San Giovanni in Persiceto, Bologna on a Revox 16 track.

COLLINE DI MERCURIO: Electronic experimentation with overlapping patterns of Roland S-330. This was September 1989, the end of the 80s. The new decade ferries in the music through the grunge and every electronic pop sonority, sounds outdated and unwelcome by the public. The EJ pass the time by listening to Depeche Mode, Camouflage, Kraftwerk and Krisma but meanwhile the world goes on.

ATLANTIDE: A very short incipit electro-melodic by Flavio B. from 1991, which is elongated and remodeled at the computer by Valerio B., many years later. Always with the Roland S-330 drums and the oboe of the Roland Juno 1 that Valerio T. often left available in the small Biagi's home studio of the two brothers of EJ.

OHM: A Kraftwerk-style experiment, recorded in January 1988, played only by Valerio B. live and without a sequencer. He wanted it to be the introduction to a solo project called precisely OHM.

The bassline of the Poly 800-II and drums of the Roland Boss DR-220 were added with large amounts of echo by the reverb Roland Boss RRV-10. Like the two previous experiments, the songs remained unpublished until now and never played in public.

THE VOID: Latest musical inventions by Valerio B. in favor of the EJ project, almost closed for years. It was 1997 so we already had Cubase and Flavio B. is studying the operating manual. Meanwhile the old sequencer Solton MDR-16, now only works at times. The music of Valerio B. flounders in a deep flanger effect and the voice tries to reach shades too high to try to get close to sounds of ours musical heroes Ultravox. But it's too tiring to do new songs at this time of life.

TOUCH ME: Winter of 1988. The grey demo tape of 4 songs printed in a limited edition of 200 copies, and simply named Effetto Joule is having great success between acquaintances and friends. Sales are going well and the band accumulates money for new songs to be produced on studio equipment. We decide to record other tracks while "Touch me" is excluded. Valerio B. instead of devoting himself to improving the songs already written, launches into a hyper production of incomplete songs that will soon lead to a depletion of the composition vein, leaving the band with a large number of compositions, but all approximate and incomplete.

CLERO: The Flavio's inspirers were undisputedly Depeche Mode, who since 1990 composed a number of songs performed on piano by Martin L. Gore and were published as B sides of their hit singles. Flavio B. at the piano emulator Roland S-330 inspired by endless listening to Stjarna or Memphisto and composing this dark sonata, thus highlighting a great composing capacity that 1999-2001 that will reach its maximum expression with the MONORAIL project (Electro-lounge-Cinedelic sound).

HABT KEINE ANGST: An excerpt from the first months of 1988 when Valerio B. had bought the entire D.A.F.'s discography (mostly Alles Ist Gut, a Gold Liebe and Fur Immer) and he wanted to recreate the atmosphere for an unborn personal project called OHM. The internal sequencer of the Korg Poly 800-II and drums of the Roland DR-220 are both MIDI-synchronized trigger on. After a couple of months, Valerio B. with the brother Flavio and two friends Valerio T. and Max C. formed Effetto Joule.

Bandcamp Daily  your guide to the world of Bandcamp